Xbox 1 Vs PS4: Which System Has Higher Connection Speeds and FPS?

As of 2019, over 2.21 billion gamers turned on their favorite consoles. The two consoles that reign supreme and challenged each other are Xbox 1 vs ps4.

In the debate between Xbox 1 vs ps4, loyal gamers want a system that delivers high-quality specs, releases fun games, and doesn't break down once every summer.

Are you ready to find your perfect console? If you're tired of swiveling your head back and forth trying to find the right gaming machine, read on to get the answers you've been looking for.

Every good console needs to run your games at a high frame-rate without loads of lag. Let's start with each console's performance. 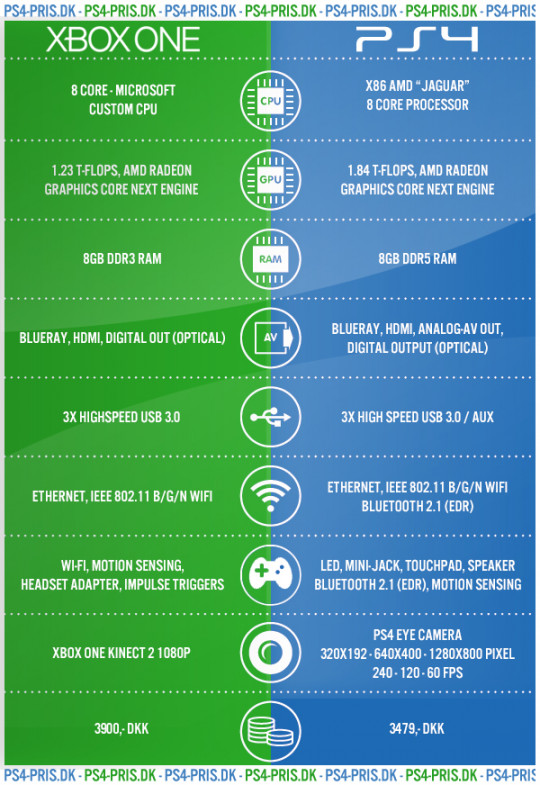 Xbox 1 vs ps4 graphics and speed rely on a few qualities:

Overall, both the Xbox 1 and the ps4 have great performance. Still, players report having a hard time landing a strong internet connection with ps4 online games.

Both consoles have separate services for online gaming that have different overall connection ratings. If you want to rate your system without accounting for online gaming, try getting a speed test or contacting your internet service provider.

When it comes to graphical performance Xbox 1 comes out on top. Microsoft's console can play 4k titles at a high fps without a problem. Sony's system, however, typically falls short when playing high-graphic titles.

The ps4 slim is a faster running machine, however. That being said, if you're interested in playing high fps shooters it's better that you pick the Xbox.

If you want a console with higher storage capacity, go with the ps4 instead.

Both console distributors chose semi-custom CPU designs. Each of these come with sufficient RAM to play most current titles.

But, the ps4's GPU (graphics processing unit) has a higher capacity. This means while both consoles have a similar design, the ps4 can process visual data faster and more efficiently.

Returning to RAM, both consoles went different routes for their overall design. For example, the Xbox's RAM looks more like a PC's. This does improve the former iterations ability to process real-time gaming.

However, the ps4 has a higher-grade version of RAM which gives the ps4 higher bandwidth. Bandwidth determines speed and connection to a gaming server. That being the case, ps4 server connections prove to be much stronger.

Both Sony and Microsoft specialize in software development and devote different areas of their research to console development. For example, Sony's team made sure to include more internet support for this version of the ps4.

While Microsoft's team focused on Xbox's ability to run newer titles. If you're curious about how this shows itself, you can look at the hardware and make your own conclusions.

Ps4 also put more effort into Blueray support. This requires both hardware and software, but the evolution of Sony's specialized software made this possible.

Xbox comes out on top when regarding app integration. For instance, the Xbox app marketplace has more titles than the ps4.

Each console has its own game exclusives. These are games that don't experience crossover into the other console's territory. Let's compare Xbox 1 vs ps4 games.

Ps4 keeps releasing big narrative titles like Last of Us. This is a game built by the development team at Naughty Dog. Other releases like Farcry and Killzone make the ps4 a good choice when gaming is concerned.

As for the Xbox, the Call of Duty franchise and Bungie's remapped studios keep coming out with blockbuster titles. The key difference between both consoles and companies seems to lie in their audience agenda.

To explain this, let's compare Call of Duty to Last of Us. These are two completely different games. One is fully narrative driven with a hyper-realistic action-bent, in Last of Us. The other is a shooter through and through, with a newly forming narrative system (Call of Duty).

When you compare these two games you start to have a good sense of the differences between each gaming system.

I'll explain. When looking at the ps4's Last of Us game, you start noticing the graphical attention to detail, RPG elements and need for high storage. Furthermore, with such strong graphics, you require a powerful GPU and RAM.

While looking at Call of Duty, you see how the Xbox 1 would need very powerful RAM to boost bandwidth and fps. Above all else, the Xbox 1 requires speedy hardware.

How Do Each Compare?

If you have a solid internet connection and a series of games that you like, either system works. However, if you want a hardware-focused gaming system you might want to try the Xbox 1.

The Xbox 1 is a PC derivative system, with most of the world's new titles in its wheelhouse. It supports most cross-platform titles and delivers a strong online gaming crowd.

Still, ps4 has a chance. Sony's system is sleek, fast running, and comes with great releases every few years. Ultimately, you have to decide for yourself. Here are some stats on console sales to help you decide from Newzoo.com

The debate on Xbox 1 vs Ps4 ultimately depends on how you want to play your games. In other words, everyone's tastes are different.

Still, without a proper internet connection or the right understanding of gaming, it's hard to know what comes out on top.

If you want a console that'll improve your gaming experience, choose one that you won't fail on you. But, above all else, find tech support that you can trust.

In today's gaming world it's important you do your own research. That being said, take the fun in your own hands, and find a system that best matches your playing style. Go out and choose a console that feels like your perfect controller launching companion!